INNOCENT TARGET is a screenplay, by Josh Greenberger, loosely based on true events 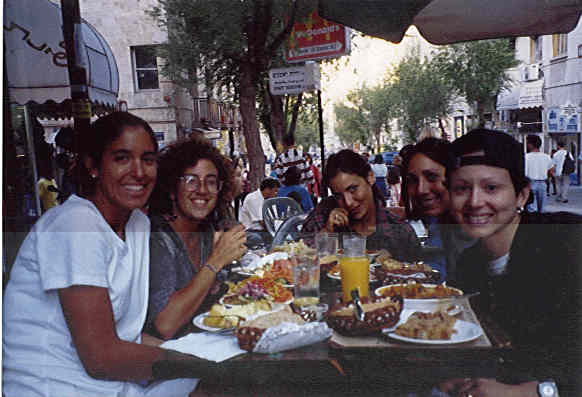 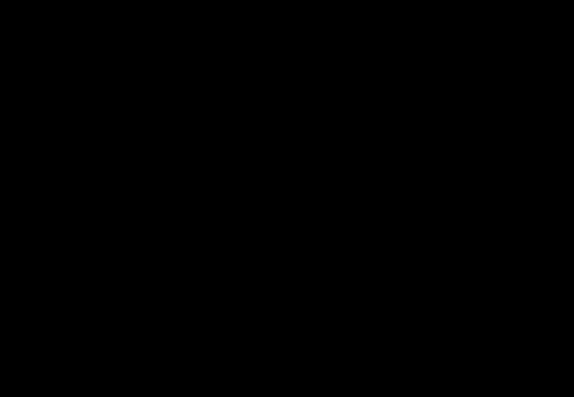 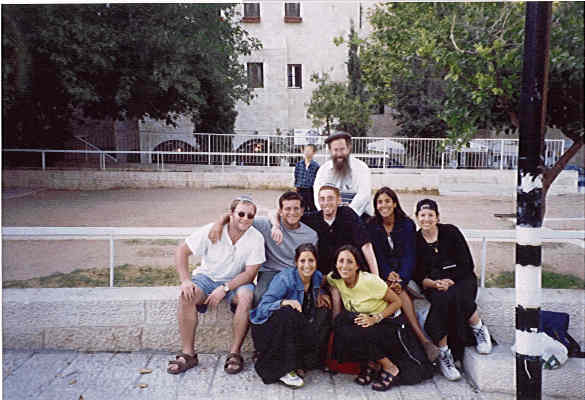 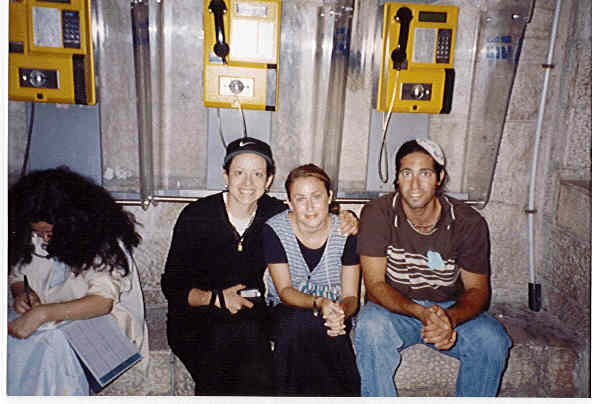 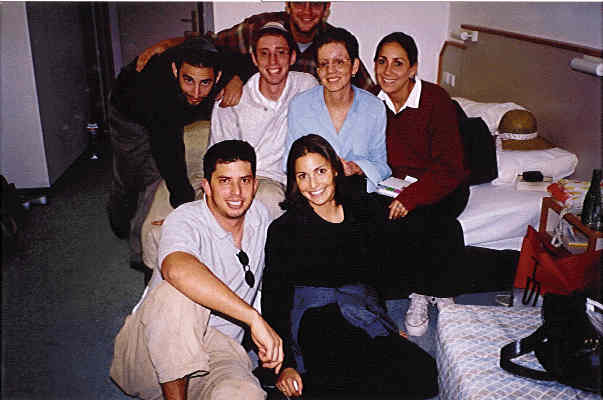 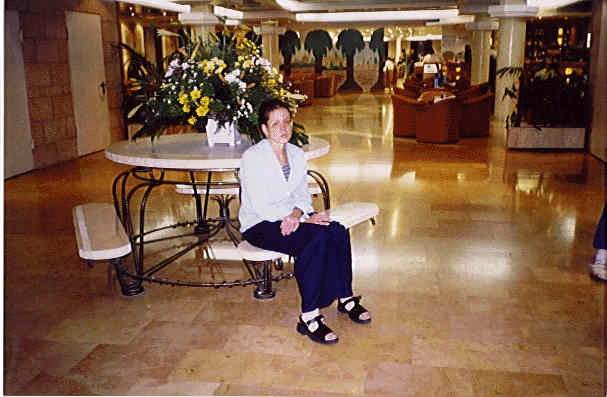 September 4th, 1997, 2:00 PM
Diana (l.-r.), Sherri Wise, Gregg Salzman at an outdoor cafe in Jerusalem
This is the last picture of Diana before the attack

One hour after the above picture was taken,
terrorists detonated 3 bombs, killing 7, wounding 192. 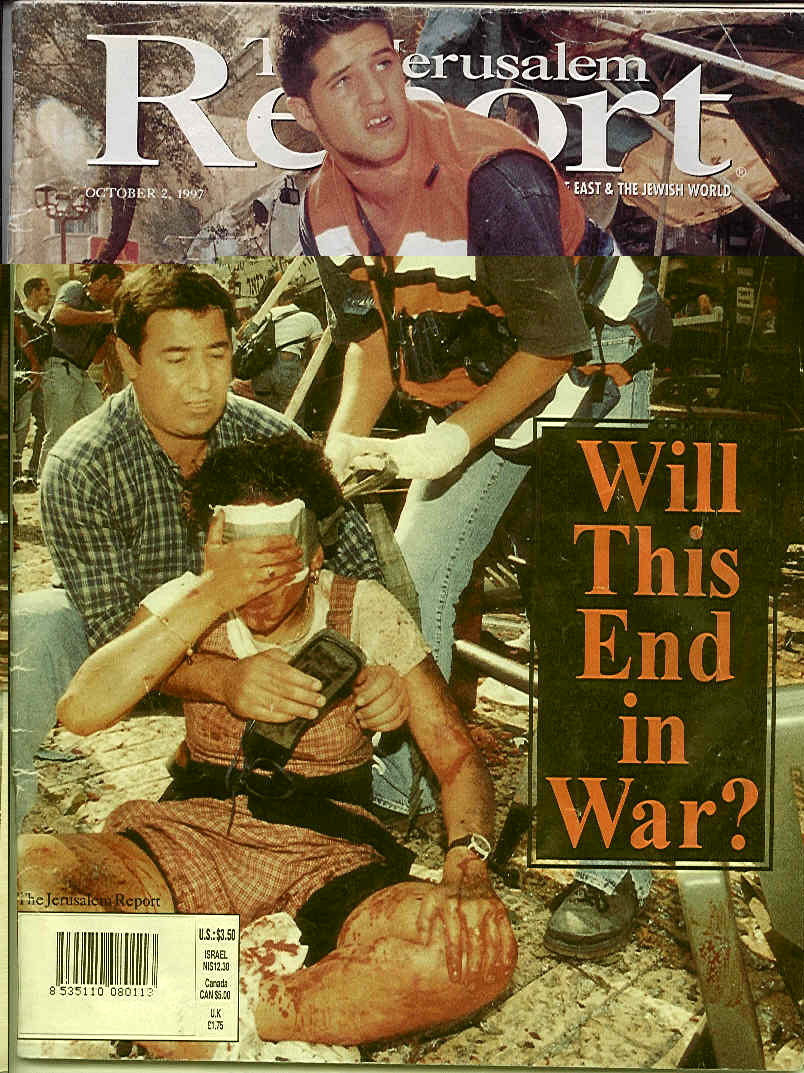 An injured Diana on cover of The Jerusalem Report 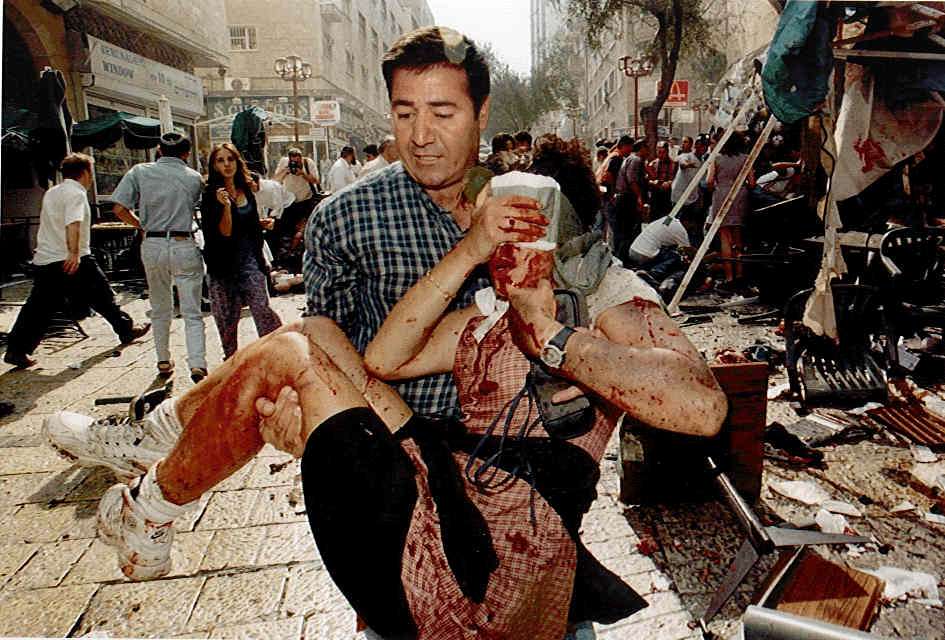 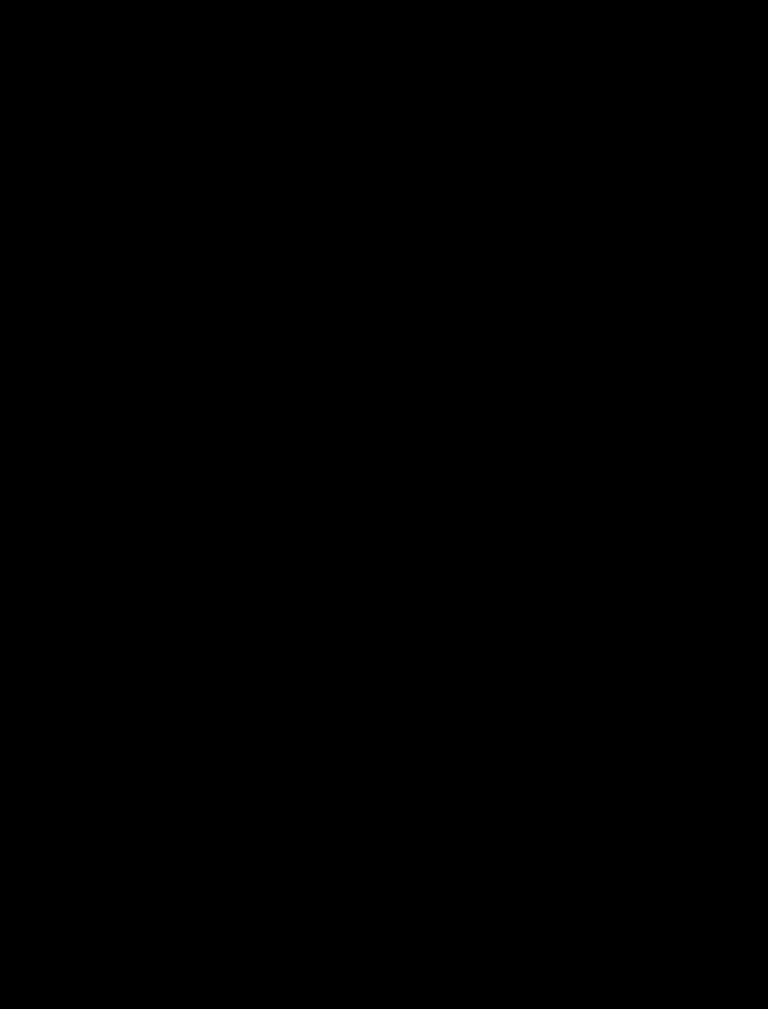 Newsweek coverage of the attack 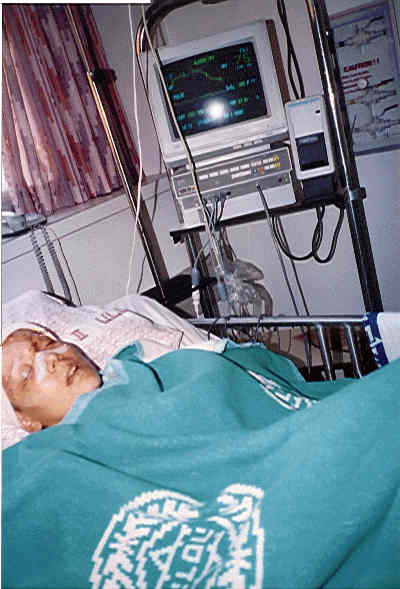 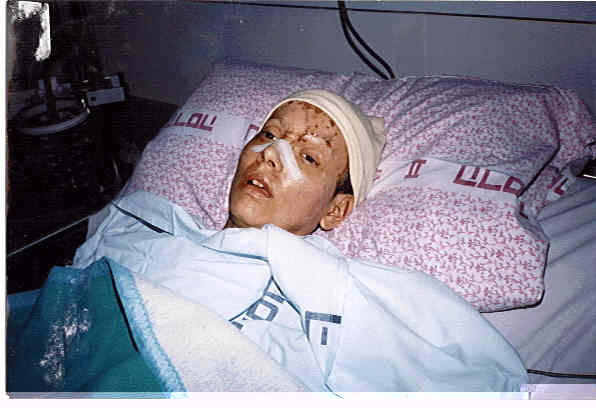 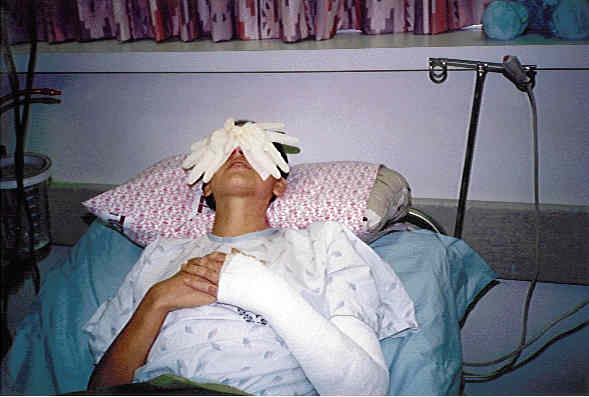 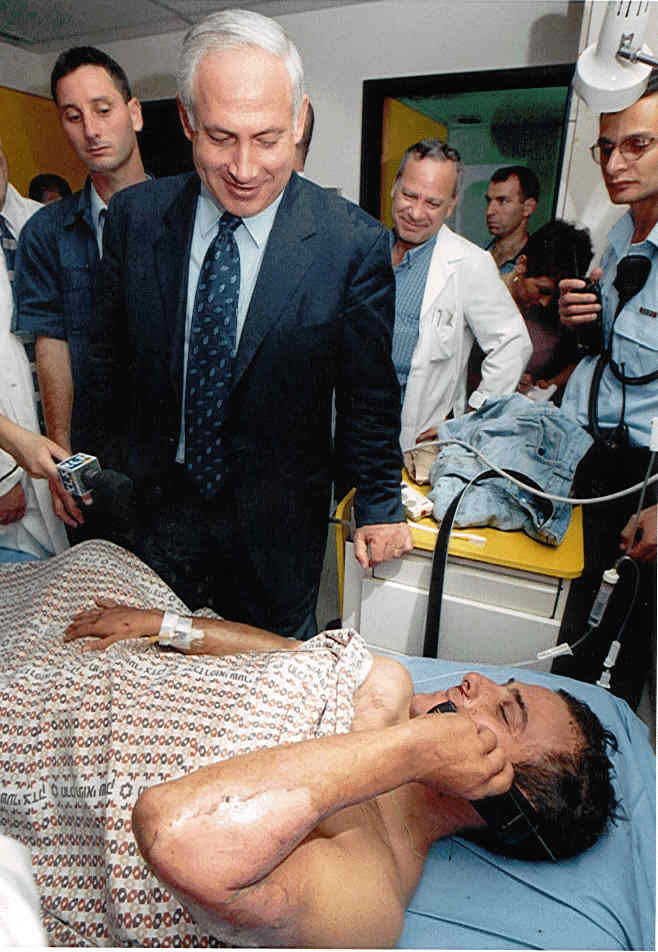 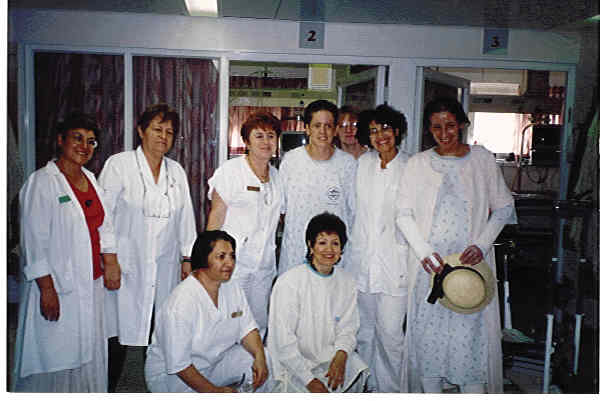 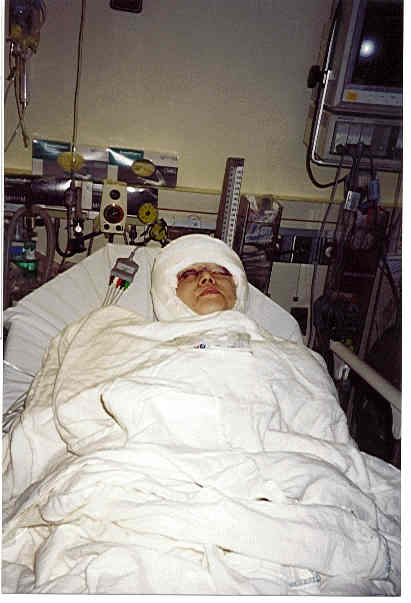 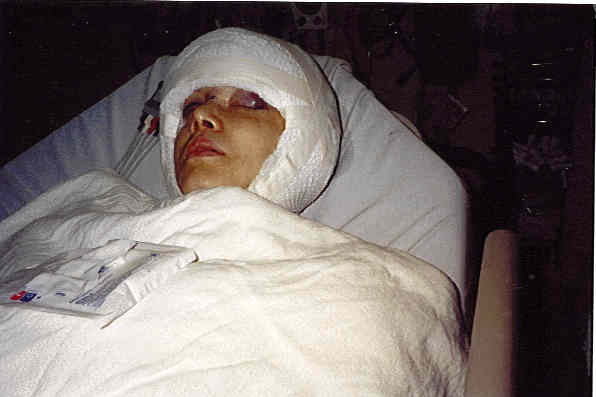 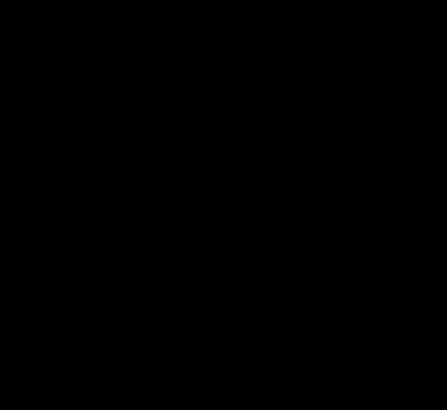 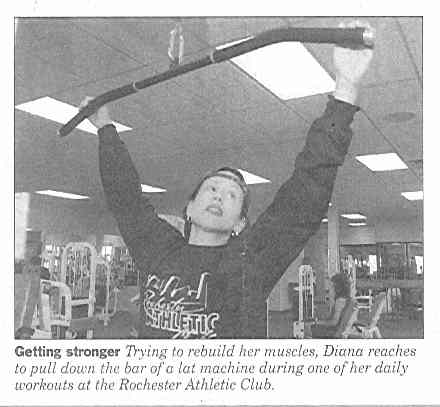 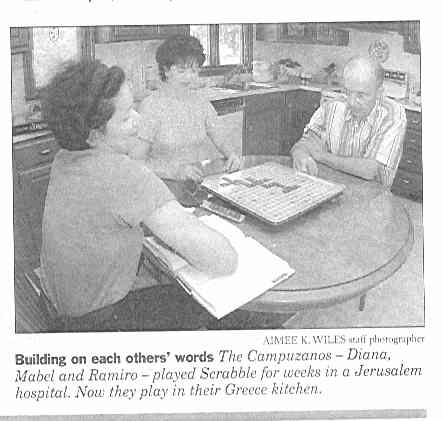 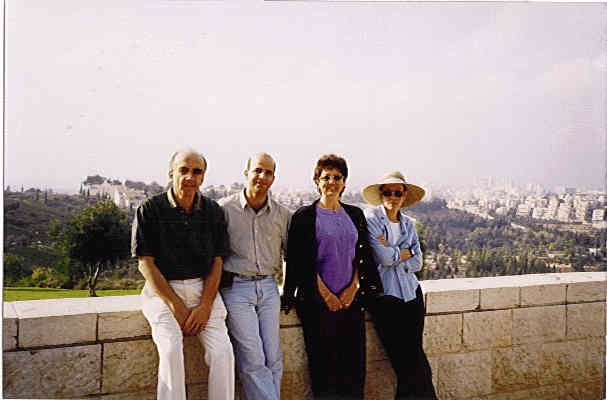 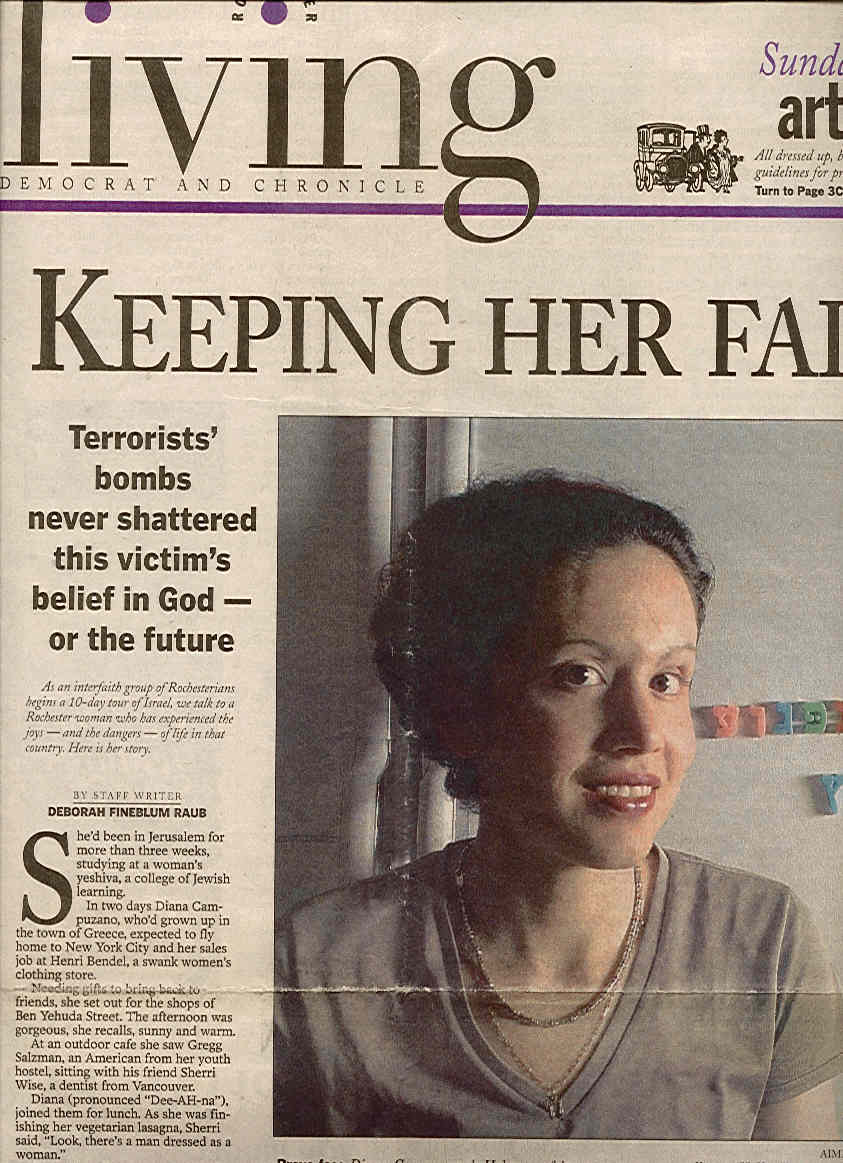